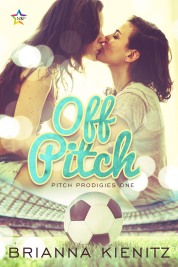 Off Pitch is now available for pre-order from Ninestar Press and Amazon. Available in ebook and paperback on October 9th, 2017!

Soccer star Adeline Fahey has never taken an interest in the world outside of the pitch. The daughter of wealthy Irish immigrants, and a straight-A student, she sees nothing but the goal—finish her last two years of school and join a professional soccer team—no ifs, ands, or buts.

Then Gabriella Soto, a cello prodigy in her own right and the teaching assistant in Adeline’s dreaded Beginning Spanish class, walks onto her playing field.

After a drunken night in a T-rex costume boots their hearts onto a collision course, Adeline and Gabriella must tackle a field of school scandal, homophobic parents, and their own passionate career goals to have a shot at something more. In the face of so many obstacles, Adeline and Gabriella fear that their love may not be strong enough to score them the championship relationship they never knew they wanted. 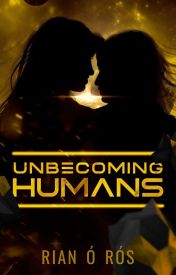 Unbecoming Humans is a young adult, dystopian science fiction series. Book 1 of the series introduces us to Aria Sekin, the future queen of Humanity 2.0 and supreme ruler of the world…or at least she will be…once everyone else on the planet is dead.

For now, she’s just another genetically perfect, 20-year-old trying to survive a life cooped up in a scientific compound with her zealous mother and 11 other experimental youngsters waiting around to rebuild humanity. Oh wait, make that 12… 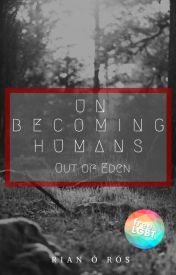 In book 2 of the Unbecoming Humans series, Out of Eden, the residents of the Eden compound learn that the extinction of humanity is rapidly approaching, and it’s not pretty…